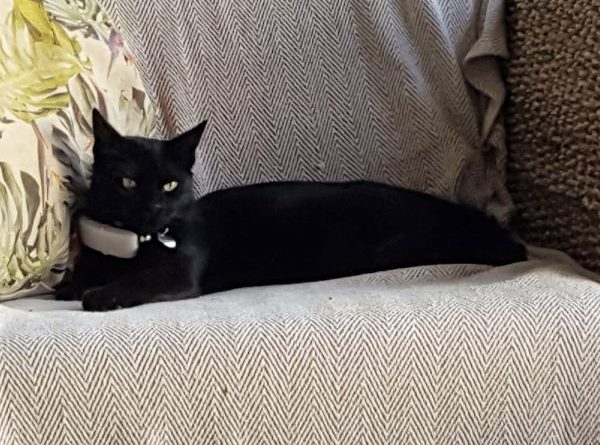 Should cats wear collars or not? This is a subject that causes a lot of controversy.  So I might as well say up front that I am pro collar but with some caveats.

Let’s look at the reasons not to put a collar on your cat.

Polly came to the cattery in April last year.  She had been found with an horrific wound to her neck caused by a pretty little pink collar around her neck.  She had somehow managed to get her back leg caught in the collar and was unable to free herself, causing herself a lot of damage in the process.

Cats squeeze themselves into all sorts of places. If a cat gets its collar caught on something and cannot get free, unless it is seen and helped, it is in a bad situation.

If your cat decides to do something antisocial and upsets the neighbours (like sleeping on their beds or eating their cat’s food), they will know it is your cat and can complain.

The first two situations of getting trapped by the collar can usually be avoided by making sure that the collar is fitted properly – tight enough that the cat can’t get its jaw or other appendages caught in it, but loose enough that you can get one or two fingers comfortably between it and the cat’s neck.  The other thing is only buying collars that are cat-safe breakaway collars.  These will open when they are tugged and, depending upon the design, you can sometimes bend the prongs to make sure that your cat can open it easily depending on its weight.  The downside to these is that if your cat is particularly energetic or prone to having a scrap with its friends, they can come off pretty easily.  It is, however, a good way to get to know your neighbours when they return the collar to you from their gardens.

In the case of being identifiable to your upset neighbours, I suggest that you give your cat a good talking to and send the neighbours some flowers.

Why do I think it is a good idea to put a collar on my cats?  For me it is identification and security.

Unless your cat is a house cat and never goes outside, a cat will roam where it wants.  While giving the cat a more exciting life, it also opens it up to dangers, such as getting lost, or worst case, being killed.  While every cat should be microchipped for identification, this is not accessible unless you happen to have a chip reader at home or take it to the vet, so an identity disc on a collar is much more user friendly.

A collar allows you to add a bell.  This is also controversial.  Bells are great for heping you find your cat when you can’t see them and, theoretically, warn prey they are about to try to eat them (although I am not sure this actually works).  But there are also concerns that a bell on your cat makes it identifiable to creatures that might want to hurt it, such as dogs or foxes.  I think this is a decision that has to be taken by each owner depending on the environment they live in and how many mice they want dropped on their bed at night.

The most important thing that a collar does is enable me to put a GPS tracker on each of my cats.  As well as having the interest of seeing where my cats range (which is surprisingly far sometimes), it also means that when one of them doesn’t come home when I am expecting it, I can check where it is and, if necessary, go find it.  Having lost cats previously and never found out what happened to them, this saves all that worry and heartache.  I just need to make sure I change their batteries regularly.

When would I not put a collar on a cat?  Not on a cat that cannot be handled easily so that the collar can be checked regularly.  Also not on kittens or very small cats whose weight or strength may not be sufficient to open the collar if necessary.

What do you think?  Are you pro collar or not? Let us know.

Should we put safe-release collars on our cats? Live Ended

Jerry has spent his working life improving the capabilities and effectiveness of organisations across all major business sectors, both public and private. He is proficient in a number of technical skills which he now provides to APROP. He designed and built our new new website. 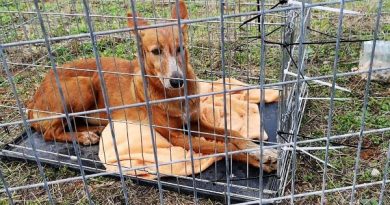 The work of APROP by Presidente, Ana Femenia Ortolà 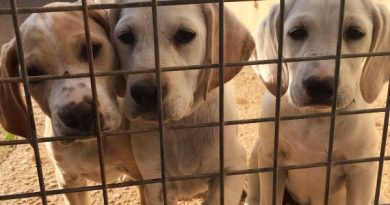 Why sterilise your pet? 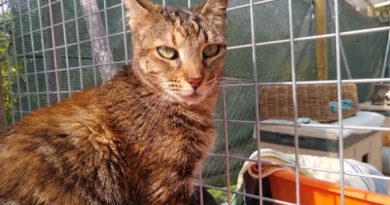